What is Spinal Muscular Atrophy (SMA) and What Can You Do to Treat It?

Bone diseases are relatively rare in human beings. It’s the same situation with neuromuscular disorders. Both are usually inherited from their parents and can gradually worsen over time.

Bone diseases can include osteoporosis, rickets, and Paget’s disease. Neuromuscular diseases can consist of conditions such as ALS (Lou Gehrig’s disease), multiple sclerosis, and Parkinson’s disease. Each disorder has been known to lead to disability and impaired motor functions. But no disease comes close to the severity of Spinal Muscular Atrophy (SMA).

Spinal Muscular Atrophy (SMA) is a rare genetic disease affecting the body’s muscles. SMA is caused by a lack of motor neuron 1 (SMN1) protein survival. This protein is essential for the development and function of the nervous system. When there is a lack of SMN1, the muscles in the body begin to waste away. SMA is considered one of the most deadly genetic diseases, with a mortality rate of 50-100%.

The first documented case of SMA was in 1869 by Dr. Guillaume Duchenne. Duchenne was a French neurologist who identified and described several neuromuscular diseases, including SMA. However, it wasn’t until 1954 that SMA was officially recognized as a separate disease. That year, three papers on SMA were published in medical journals, which helped increase awareness about this rare disease.

SMA is classified into three types, depending on the age of onset and severity of symptoms.

The type-1 version of this disease is also known as Werdnig-Hoffmann disease. It is the most severe form of the disease. It typically affects infants between 6 to 8 weeks old. They may never be able to sit up or lift their heads and often die before the age of 2 from respiratory failure.

SMA Type-2, also known as Intermediate SMA, is less severe than Type-1. However, it typically affects children between 6 and 18 months old. They may be able to sit but not stand or walk unassisted and may need a feeding tube.

SMA Type-3, also known as Kugelberg-Welander disease, is the least severe form of the disease. It typically affects children over the age of 2. They may be able to walk but may have difficulty running and climbing stairs.

All individuals with SMA have a mutation in the SMN1 gene, meaning that genetics is the leading risk factor for this disease. This gene is responsible for producing the SMN1 protein. The SMN1 protein is essential for the development and function of the nervous system. 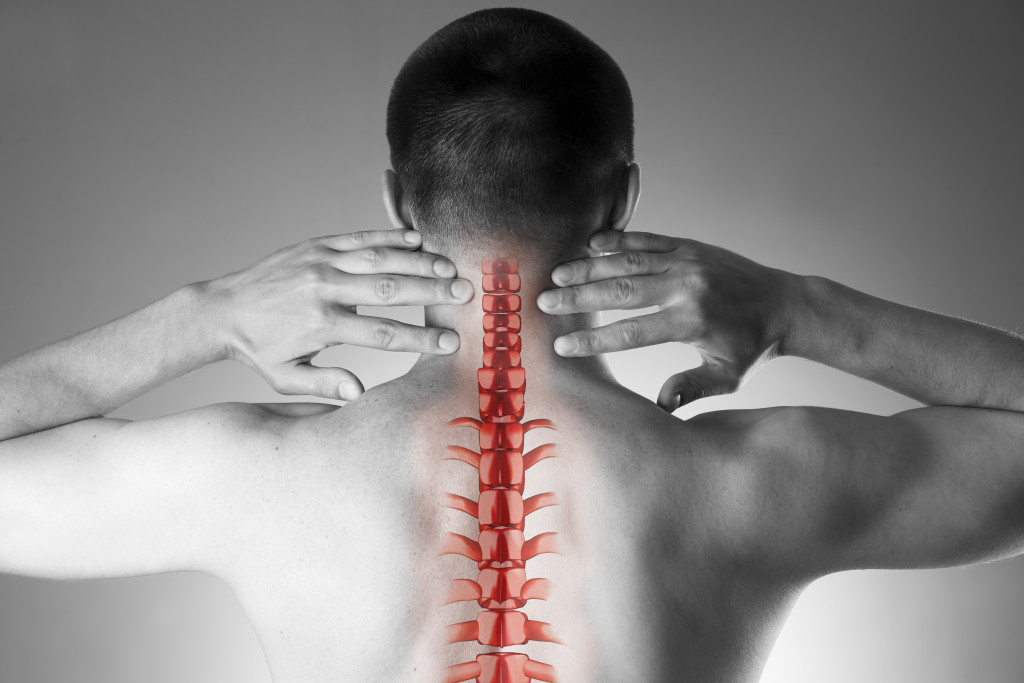 SMA has many complications with other diseases, and treatment can depend on the complication of the disease. The first and most common complication is scoliosis.

Scoliosis is a sideways curvature of the spine that can occur in any SMA. It is caused by wasting away the muscles supporting the spine.

Scoliosis can range from mild to severe, leading to pain, difficulty breathing, and an increased risk of respiratory infections. Treating it requires a scoliosis expert. The expert can treat the symptoms of scoliosis and make it easier for the patient to live with SMA. In rare instances, the scoliosis is cured, leaving only treatment required for SMA.

Another complication with SMA is joint contractures. This is when the joints become stiff and do not move as they should. Joint contractures can cause pain and limit mobility. However, they can be treated with physical therapy, occupational therapy, splints, and surgery.

Since 1954, researchers have been working to find a cure for SMA. Finally, in 1990, scientists discovered the gene that causes SMA and began developing potential treatments. In 2006, the FDA approved an experimental drug called Spinraza for the treatment of SMA.

Spinraza is the first FDA-approved drug for treating SMA and is considered a breakthrough therapy. An antisense oligonucleotide alters how the SMN1 gene is transcribed, resulting in the production of a more functional SMN1 protein.

Clinical trials have shown that Spinraza can improve muscle function and prolong the life of individuals with SMA. It is most effective when given early in the disease course. The decision to start treatment should be made by a team of specialists familiar with SMA.

SMA is a life-threatening neuromuscular disease. However, with early diagnosis and treatment, many individuals with SMA can live long and healthy lives.